Tien Phong Securities is about to raise its capital to VND 1,000 billion

TPS plans to offer more than 56 million shares to increase its chartered capital to VND 1,000 billion, eligible for derivatives and warrants trading.

In addition, the company plans to issue non-convertible bonds worth up to VND 1,000 billion with terms of 1 to 3 years. The proceeds of the proceeds are also allocated to proprietary trading, collateral and capital additions for securities underwriting activities. 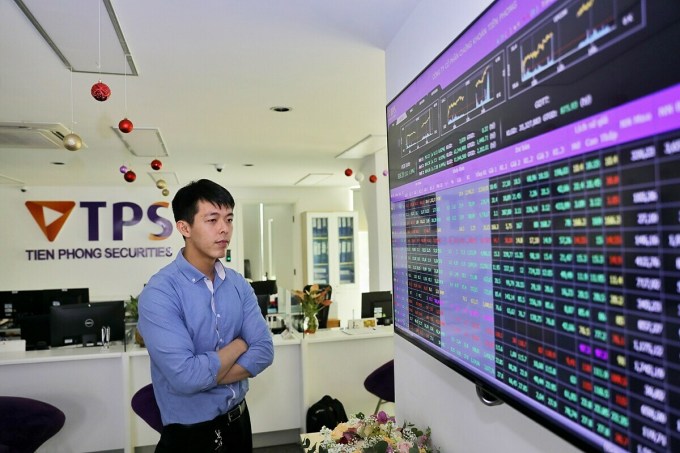 TPS targets this year revenue and profit respectively 322 billion and 80 billion, respectively growth of 78% and 56% over the previous year. According to the original plan, the profit must reach over VND 150 billion to eliminate the accumulated loss of VND 128 billion. However, due to the epidemic and some new operations, the company adjusted the current plan.

"In the first half of the year, we recorded a profit of about VND 50 billion. If this momentum continues, we can exceed the plan, soon erase the loss and move to the target of the list of 10 biggest profitable securities companies in the market in three years. next year, "Hai said.

According to Mr. Hai, after acquiring Orient Securities Company (ORS) and restructuring, TPS is considered a rookie in the market so the competitive advantage is not much. The motivation for growth in the coming time will largely come from joining the Pioneer Bank ecosystem to take advantage of customer files, technology, financial resources and personnel.

In addition to maintaining core businesses, the company will focus on investment banking and financial consulting. Last year, this activity contributed nearly VND 155 billion, accounting for about 90% of the revenue structure.

Last year, total revenue was 181 billion dong, more than half lower than the same period. However, excluding extraordinary income from handling bad debts in 2018, revenue increased more than 7 times. After taking over ORS, the company has both developed brokerage staff and built a trading system, so this business only brought about 1 billion dong.

The definitive handling of obligations related to the previous Huyen Nhu conviction also helps the company no longer be under pressure of provisioning, affecting profits. The company recorded a profit before tax of 54 billion and ended the chain of three consecutive years of losses.