The economy reopened but workers and orders had not returned

INDIA - When Bharat Gite reopened the aluminum parts factory, he spent days cleaning the machinery, waiting for workers and orders to return.

Bharat Gite is the owner of a factory west of Pune, India. He is struggling to convince workers to return to work. Millions of workers, including those working in Gite's factory, left the city to their hometowns in late March, when Prime Minister Narendra Modi announced the country's social isolation. "How do you get them back? It may take at least a year for the business to get back on track," Gite said. 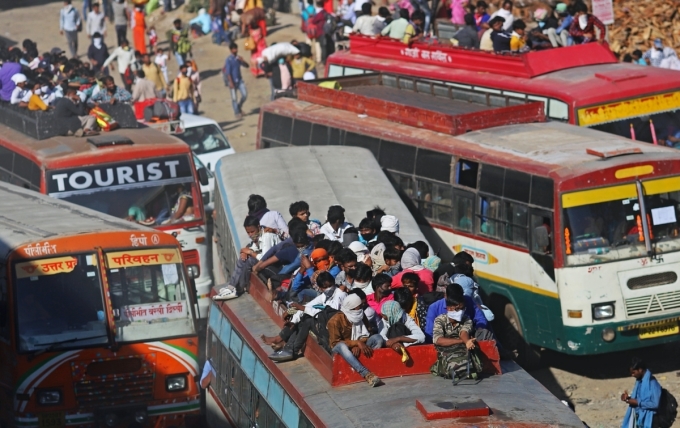 Laborers return to their hometown when India is undergoing social isolation since the end of March. Photo: Bloomberg.

But lack of labor is only part of the gloomy picture. Gite's factory supplies parts for companies like General Electric, ABB and Siemens, but now orders are almost running out.

"We have not heard from customers for the past two months. We do not know what is happening," he said.

As India began to gradually reduce its countermeasures, Gite's experience showed that re-opening the economy would not be a simple problem. In addition to labor shortages and sluggish demand, businesses also face another threat of an outbreak. This has dispelled all forecasts of the country's rapid resilience, which has just faced its first contraction in more than four decades and a record high unemployment rate.

Small and medium enterprises in India create one third of gross domestic product and employ more than 110 million people. However, these businesses are also the economic sectors most heavily affected by pandemics and social isolation.

India announced the closure of the economy on March 25, expanding isolation measures twice, first until May 3 and then until May 17. The country only started to relax last week with a number of production, trading and shipping activities in areas with less serious disease outbreaks.

Despite the strict quarantine measures, the number of Covid-19 infections continues to rise. India has confirmed more than 56,000 cases, with nearly 1,900 dead. The country's map is divided into areas of red, orange and green, depending on the intensity of the outbreak and revised every week. Most large cities, which promote economic growth and job creation, are in the red zone.

But even in areas where quarantine eased, many businesses are not ready for workers to return. The construction industry, which generates the largest amount of work, is facing such a predicament. Real estate developers like Runwal Group and Goodwill Developers said they did not expect workers to return to work soon.

"Combining challenges due to disrupted supply chains and a shortage of labor, the Indian economy will continue to postpone recovery," said Akhil Bery, senior analyst at Eurasia Group.

There were consequences when some factories began to reopen. A gas leak at an LG Chem polymer plant in southern India last week after resuming operations killed at least 11 people and forced thousands to evacuate. Officials say the plant is too old and the government will issue safety guidelines for factories to restart after the quarantine process. 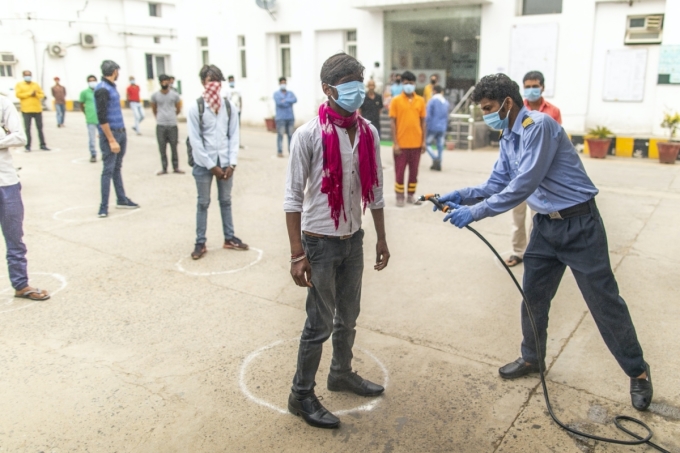 Security guards sprayed disinfectant with a worker at the entrance of the Ajit Industries factory in Haryana, April 20. Photo: Bloomberg.

With the bigger macro picture, the catastrophic economic effects of the pandemic also began to become clearer for India.

Manufacturing and services recorded a 15% decline in April, while a study estimated 122 million people lost their jobs due to the pandemic. Bloomberg economist Abhishek Gupta forecasts that the country's GDP will fall 4.5% this year, while Nomura Holdings' Sonal Varma expects a 5.2% decline.

While the economy witnessed unprecedented declines, the Indian Government still expects growth for this year to be at 2%. Finance Minister Nirmala Sitharaman said the economy was poised to recover as banks lend more to small and medium enterprises.

Indian officials are discussing a financial package to support businesses, including securing $ 39 billion for small and medium sized businesses. The government may increase debt by more than 50% this year to support the growing budget deficit.

However, experts are still skeptical about the future. Priyanka Kishore, an economist with Oxford Economics in Singapore, said industries such as transportation, hotels and restaurants, commerce and construction will suffer a blow from the closure of the economy. But even in other areas, recovery is significantly slower.

"We found no evidence of a return to normal operations even in areas such as agriculture, some manufacturing and financial services," Kishore said.