Indian tycoon Mukesh Ambani is the only Asian representative in the top 10 billionaires of the Bloomberg Billionaires Index.

With a net worth of US $ 64.5 billion, Mukesh Ambani has surpassed Larry Ellison of Oracle and Francoise Bettencourt Meyers of France to become the 9th richest person in the world. He owns 42% of the Reliance Industries empire (India). The company's stock has doubled since the March bottom, in line with the global stock market.

Although India's economy is still struggling due to a blockade to control the epidemic, "Ambani companies, especially telecommunications giant Jio, are still doing well, helping his personal assets soar." , Jayati Ghosh - Director of Center for Economic Planning and Research at Jawaharlal Nehru University. 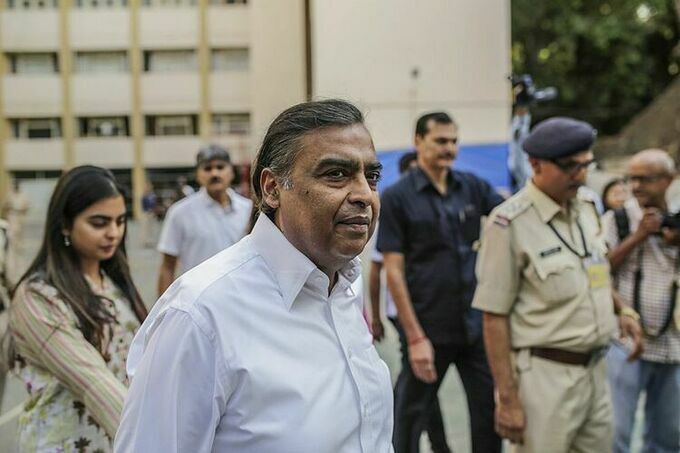 Despite the plummeting oil price, the sale of Reliance's stake in the oil and chemicals segment was difficult, in just two months, Jio had raised $ 15 billion in investment. This figure accounts for more than half the value of investments in telecommunications companies worldwide this year. Facebook, General Atlantic, Silver Lake Partners, KKR & Co. and Saudi Arabia's national investment fund have poured money into Jio in hopes of benefiting from the world's fastest growing online commerce market.

A recent report by Sanford C. Bernstein predicts that Jio will hold 48% of India's market share by 2025. Ambani's e-commerce ambition has recently been strengthened, as Reliance approached its acquisition. stake in Future Group - the company has partnered with Amazon.

Mukesh Ambani joined the family company in the early 1980s. His father Dhirubhai Ambani - the founder of Reliance - called him back to India to supervise the construction of a polyester factory here. Mukesh then graduated from Stanford Business School for a year. The Ambani family has acquired many suppliers, petrochemical plants and refineries to build energy, textile and fiber empire.

Mr Dhirubhai died of a stroke in 2002, leaving no will, leaving the brothers Mukesh and Anil Ambani to dispute the property. Finally, the mother intervened, dividing the empire in two for her two children. Mukesh took over refining, petrochemical, petroleum and textiles. And Anil received telecommunications, property management, entertainment and electricity.

Anil's business was later unfavorable, leaving the company in bankruptcy and debt. On the contrary, Mukesh is increasingly successful, encroaching on telecommunications, e-commerce and gradually becoming the richest person in Asia.